Role of British Colonial Education on Reduction of Illiteracy for Wasukuma 1918-1961: A Case of Shinyanga District Tanzania

This study assessed the role of British Colonial Education on the reduction of Illiteracy for Wasukuma of Shinyanga Rural District from 1918-1961. It took place in Shinyanga Rural because for years especially after independence Wasukuma were claimed to be behind in development compared to other ethnic groups such as the Chagga people. From the study conducted, responses given show how illiteracy was one of the challenges these people were facing the reason that made the researcher find out the role of British Colonial Education on a reduction of illiteracy for Wasukuma societies. The objective of this study was to assess the people's perception of the roles of British Colonial Education on the reduction of illiteracy for Wasukuma. Emphasis was put on the positive aspects British colonial education has contributed to illiteracy reduction for Wasukuma and also some few negative aspects of British colonial education are involved in the study. Considering the nature of the study being historical, the researcher employed qualitative research approach by using a case study strategy. The data collection methods included interviews, focus group discussion, documentary review and the use of open-ended questions. The study had a total of 90 respondents where the majority were elders making the total of 70, 5 doctors, 5 secondary school teachers, 5 district administrators who happened to work in colonial and early post-colonial times in Tanganyika and had the colonial experience. Findings revealed that British colonial education had played a great role on illiteracy reduction among Wasukuma societies and other ethnic groups in Tanzania and Africa in general. Study shows that colonial education by the British contributed in educating people on matters such as hygiene, time management, agricultural methods, trade and even primary education which later awakened people on their rights as a free being. 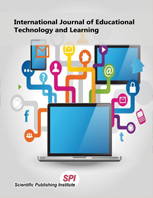