This paper studies the impact of US quantitative easing monetary policy on China's economy. In order to cope with the financial crisis in 2008 and walk out of the economic downturn, the United States adopted quantitative easing monetary policy. However, due to the special status of the US dollar as an international currency, although this unconventional monetary policy has injected sufficient liquidity into the world economy, it also has significant negative spillover effects on other countries. On the basis of relevant theories, this paper empirically analyzes the actual impact of the policy on emerging economies represented by China through VAR model. The results show that the policy has a great impact on China's export trade, domestic prices, capital market and monetary policy, among which the impact on China's domestic price level is the largest. But the overall effects are complex, that there is no consistent direction of change, and the volatility is high. Based on the findings, the China government should put more emphasis on the foreign risks when making monetary policies. 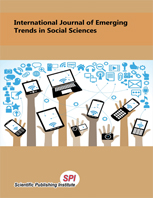